NARENDRA DAMODARDAS MODI is an Indian politician serving as the 14th and current Prime Minister of India since 2014. He was the Chief Minister of Gujarat from 2001 to 2014 and is the Member of Parliament for Varanasi.

Modi is a member of the Bharatiya Janata Party (BJP) and of the Rashtriya Swayamsevak Sangh (RSS), a Hindu nationalist volunteer organization. He is the first prime minister born after India’s independence, the second non-Congress one to win two consecutive terms after Atal Bihari Vajpayee, and the first from outside the Congress to win both terms with a majority in the Lok Sabha. Modi was named the “Best Chief Minister” in a 2007 nationwide survey by India Today. In March 2012 and June 2014, he appeared on the cover of the Asian edition of Time Magazine, one of the few Indian politicians to have done so He was awarded Indian of the Year by CNN-News18 (formally CNN-IBN) news network in 2014. In June 2015, Modi was featured on the cover of Time Magazine. In 2014, 2015, 2017, and 2020, he was named one of Time magazine’s 100 Most Influential People in the World. He was also declared winner of the Time magazine reader’s poll for Person of the Year in 2014 and 2016. Forbes Magazine ranked him the 15th Most Powerful Person in the World in 2014 and the 9th Most Powerful Person in the World in 2015, 2016, and 2018. In 2015, Modi was ranked the 13th Most Influential Person in the World by Bloomberg Markets Magazine. Modi was ranked fifth on Fortune Magazine’s first annual list of the “World’s Greatest Leaders” in 2015. In 2017, Gallup International Association (GIA) conducted a poll and ranked Modi as the third top leader of the world. In 2016, a wax statue of Modi was unveiled at Madame Tussauds wax museum in London. In 2015 he was named one of Time’s “30 Most Influential People on the Internet” as the second-most-followed politician on Twitter and Facebook. In 2018 he was the third most followed world leader on Twitter and the most followed world leader on Facebook and Instagram. In October 2018, Modi received United Nations’s highest environmental award, the ‘Champions of the Earth’, for policy leadership by “pioneering work in championing” the International Solar Alliance and “new areas of levels of cooperation on environmental action”.He has conferred the 2018 Seoul Peace Prize in recognition of “his dedication to improving international cooperation, raising global economic growth, accelerating the Human Development of the people of India by fostering economic growth and furthering the development of democracy through anti-corruption and social integration efforts”. He is the first Indian to win the award.
Following his second swearing-in ceremony as Prime Minister of India, a picture of Modi was displayed on the facade of the ADNOC building in Abu Dhabi, United Arab Emirates. Premiered on 12 August 2019, Modi appeared in a special episode of Discovery Channel’s show Man vs Wild with the host Bear Grylls becoming the second world leader after Barack Obama to appear in the adventure/survival show. In the show, he trekked the jungles and talked about nature and wildlife conservation with Grylls. The episode was shot in Jim Corbett National Park, Uttarakhand, and was broadcast in 180 countries along with India. The Texas India Forum hosted a community event in honor of Modi on 22 September 2019 at the NRG Stadium in Houston, Texas. The event was attended by over 50,000 people and several American politicians including President Donald Trump, making it the largest gathering for an invited foreign leader visiting the United States other than the Pope. At the same event, Modi was presented with the Key to the City of Houston by Mayor Sylvester Turner. He was awarded the Global Goalkeeper Award on 24 September 2019 in New York City by the Bill & Melinda Gates Foundation in recognition for the Swachh Bharat Mission and “the progress India has made in providing safe sanitation under his leadership”. In 2020, Modi was among eight world leaders awarded the parodic Ig Nobel Prize in Medical Education “for using the COVID-19 viral pandemic to teach the world that politicians can have a more immediate effect on life and death than scientists and doctors can”. On 21 December 2020, President Donald Trump awarded Modi with the Legion of Merit for elevating the India–United States relations. The Legion of Merit was awarded to Modi along with Prime Minister of Australia Scott Morrison and former Prime Minister of Japan Shinzo Abe, the “original architects” of the QUAD. On 24 February 2021, the largest cricket stadium in the world at Ahmedabad was renamed as the Narendra Modi Stadium in his honor by the Gujarat Cricket Association. 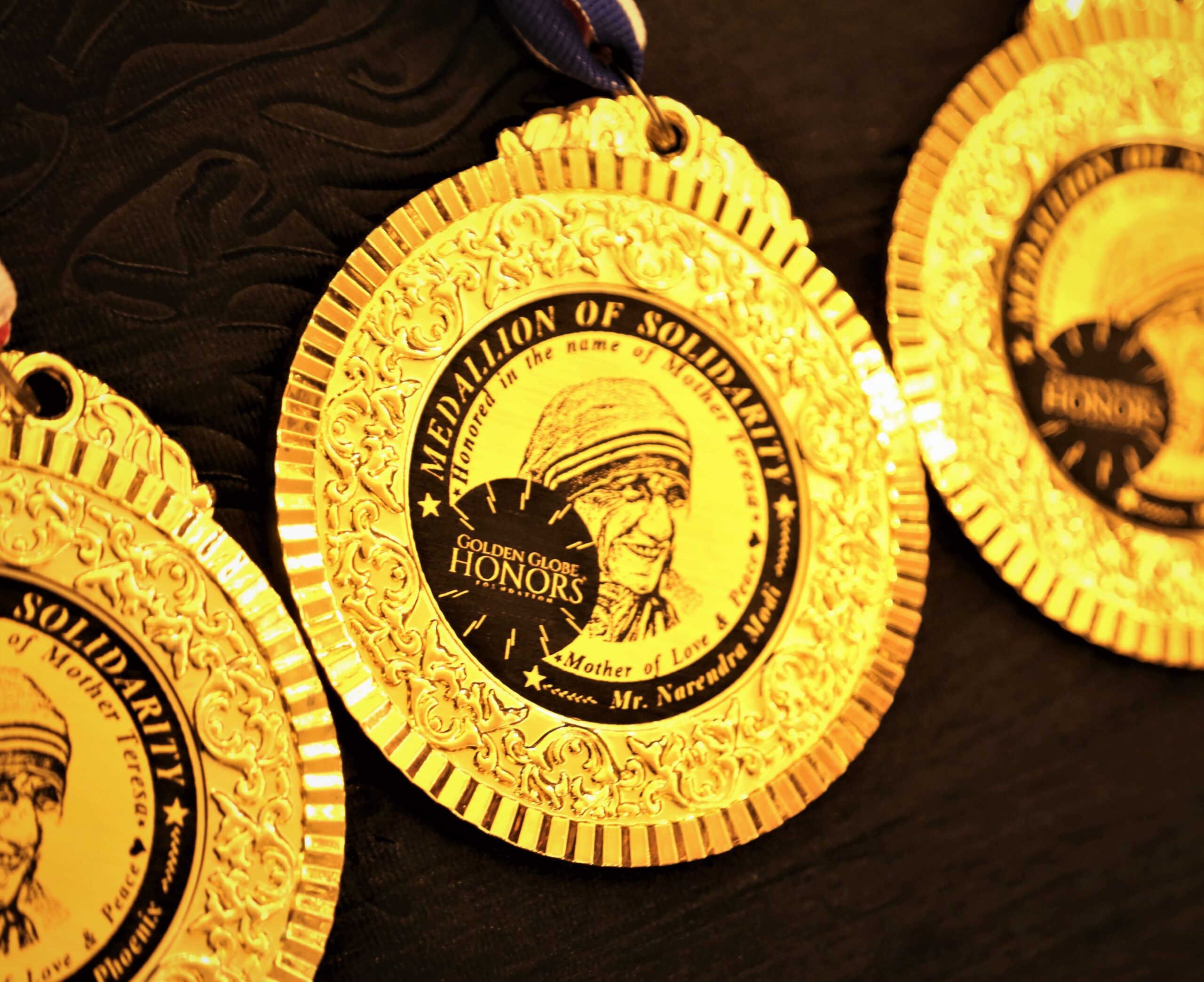 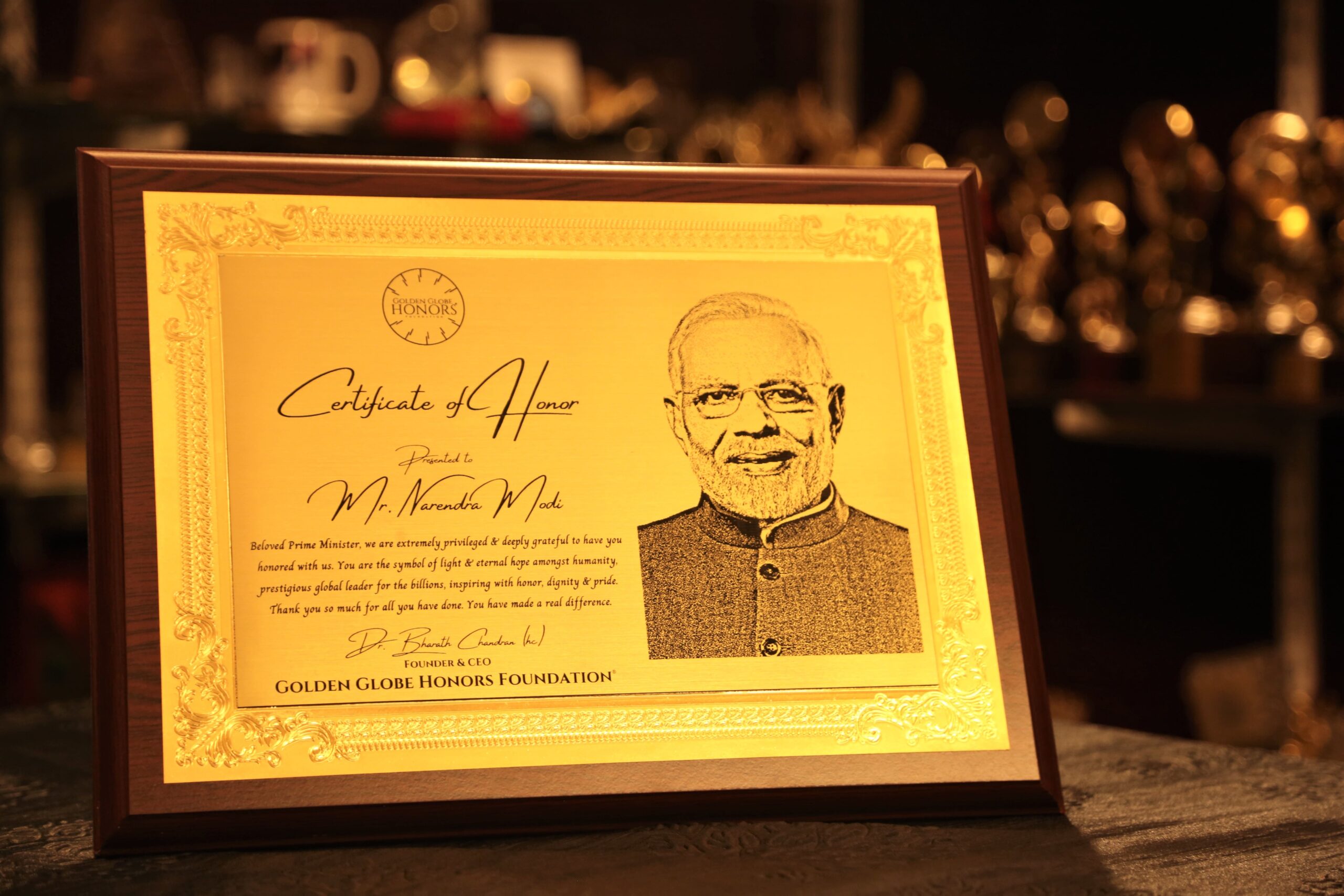