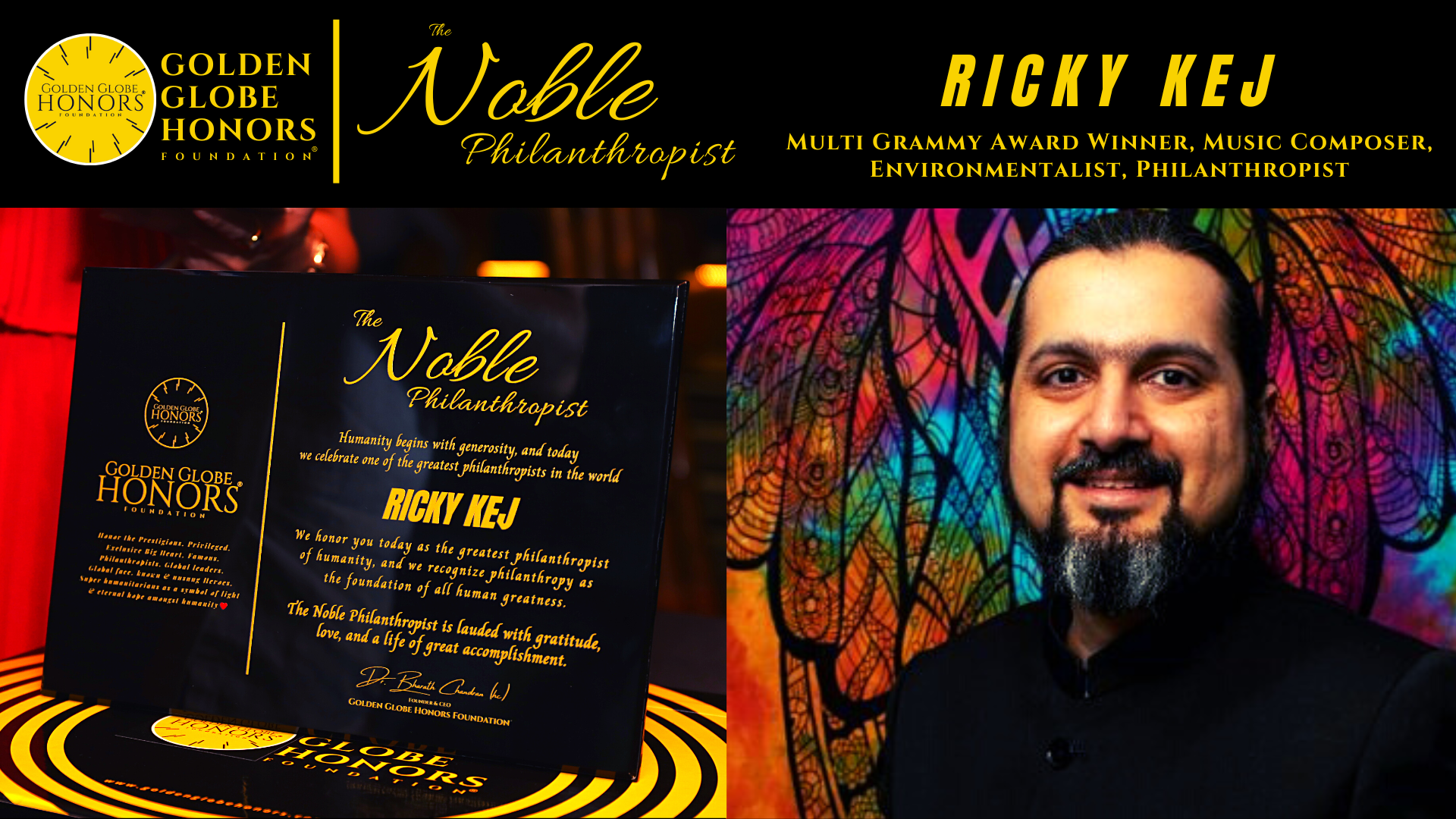 Ricky Kej is a multi-Grammy Award-winning Indian music composer and environmentalist. He has performed at venues in over 30 countries including at the United Nations headquarters in New York and Geneva. Kej was named a UNCCD Land Ambassador at the COP14 to raise public awareness about the challenges of land degradation, desertification and drought. Kej also serves as a UNESCO - MGIEP "Global Ambassador for Kindness", UNICEF Celebrity Supporter, and is an ambassador for the Earth Day Network. In 2020, Kej was named as a GQ Hero 2020 by GQ magazine

In 2015, he won a Grammy at the 57th Annual Grammy Awards for his album Winds of Samsara in the Best New Age Album category. The project, his 14th studio album, debuted at No. 1 on the US Billboard New Age Albums Chart in August 2014, a first for a person of Indian origin. The album also peaked at No. 1 on the Zone Music Reporter Top 100 Radio Airplay Chart in the month of July 2014. Kej also performed keyboards on the 2016 Grammy-winning album Grace, produced and composed a song on the 2016 Grammy-nominated album Love Language and arranged and performed keyboards on the 2015 Grammy-nominated album Ayahuasca Dreams.

His album Shanti Samsara – World Music for Environmental Consciousness was launched on 30 November 2015 at the 2015 United Nations Climate Change Conference by Indian Prime Minister Narendra Modi and then French president, Francois Hollande. In the months since its launch, Kej has traveled widely speaking about conservation and the environment, including a visit to the Republic of Kiribati, where he interviewed and created music with three-term ex-president, Anote Tong

Kej is credited with over 3,500 placements for radio and television jingles. He composed the music for the 2011 Cricket World Cup opening ceremony, held at Dhaka on 17 February 2011. On 26 April 2016, Kej travelled to Jaipur, India where he was named as goodwill ambassador for Save the Children’s new global campaign, Every Last Child. On 18 July 2016, he was awarded the Excellence and Leadership award as a global humanitarian artist at the United Nations Headquarters, New York and performed excerpts from Shanti Samsara live in the United Nations General Assembly Hall. Kej concluded his performance at the United Nations General Assembly by saying, “To end, I want to state the obvious … Climate change is real … Climate change is human induced. Climate change is affecting us all … and our actions affect countries on the other side of the world.” In 2020, Kej was featured in GQ Heroes for using his talent to better our planet through his music, advocacy, lifestyle and action. His life and journey as a musician are now taught to 7th-grade children in India as part of the ICSE syllabus English textbooks. Kej is also a professor at the National Institute of Advanced Studies (at the Indian Institute of Science). Music composer Ricky Kej, based out of Bengaluru, has won his second Grammy in the best new album category for ‘Divine Tides’ in April 2022. The US-born musician shared the award with Stewart Copeland, the drummer of the iconic British rock band The Police, who collaborated with Kej on the album. At the 64th Grammy Awards ceremony, held at Las Vegas’ MGM Grand Marquee Ballroom, Kej greeted the audiences with a namaste when he took the stage with Copeland to receive the prestigious gramophone. The music composer later shared a post on Instagram expressing his gratitude for his second win. “So grateful to have won the Grammy Award for our album ‘Divine Tides’. Absolutely love this living-legend standing next to me – Stewart Copeland. Love all of you too! This is my 2nd Grammy Award and Stewart’s 6th,” he wrote alongside a picture with Copeland..